Text To the chapel

Thank you for visiting the Kapel onder de Linden (Chapel under the Linden) with us. You will find the route description under the button extra images. The chapel is located just outside the village, a 20-minute walk from the center.

However, you don't have to be bored. If you are interested, I will tell you something about the history of the Chapel under the Linden.

The chapel is a copy of the house of Mother Mary from Nazareth that is currently in Italy. I hear you think Italy? Indeed. The cottage is located in Loreto in the Italian province of Ancona. The story goes that it was brought here by Angels. Admittedly it sounds unlikely. Are we then dealing with Maria's original house? Or is it all a medieval hoax?

There are indeed a number of reasons to assume that it concerns the original house.
• The cottage has no foundation and it rests on a road. In the thirteenth century, all houses in that region were built of bricks. Maria's house is built from natural stone of a kind that cannot be found in Italy.
• The window and door are in unusual places for Italy.
• Pollen of Palestinian origin was found in the house.
• Two coins were found in the underground of the house. Both belong to Guy de la Roche, Duke of Athens from 1285 to 1308.
• The thickness of the walls, and the dimensions correspond to the dimensions of the foundations left behind in Nazareth.
• The architectural style corresponds to the construction techniques from the Holy Land. Even the graffiti on the walls matches that from Palestine.
• Remains of ostrich eggs have been found. These were used as ornaments in Palestine, especially at holy sites. See the “extra image” button.

All in all, proof enough, but how did the house end up in Italy? If you want to know more, choose the button extra info.

1A. On the way to the chapel extra

How did the cottage get to Loreto? We have 2 options:
1. The option of “the superman angels” who transported the house through the air or
2. an ordinary human variant.

The first option has a number of followers, the last one dates from 1923, in which an architect considers it completely impossible that the house would have been transported with resources from that time.

The second option is supported by a number of scientific substantiations:

1. From the years 1900 and 1905, notes have been found that there are documents stating that the family “Angelis” (note the name meaning angels) had the materials brought to Loreto.
2. The year the house was moved seems logical. The city of Acra falls to the Mamluks in 1291. Nazareth is 40 km away from here.

Anyway, Loreto's house probably moved 4 or 5 times before it arrived at its final destination in Loreto. Here it can still be seen in the basilica that was built over it. See the photo under “additional images”
Several copies have been made of Loreto's house. 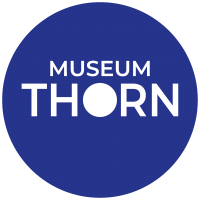